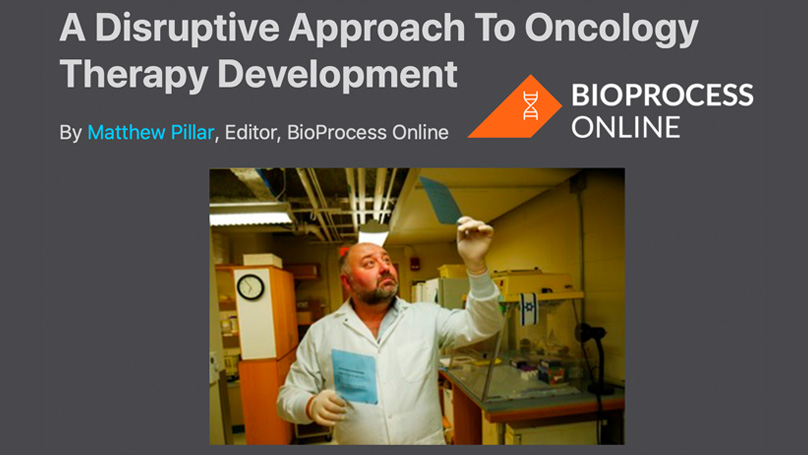 This article was originally published on Bioprocess Online

To call Alex Shneider’s emerging oncology therapeutics firm CureLab Oncology Inc. an unconventional biopharma company is a profound understatement. Shneider himself prefers the word “contrarian,” and he maintains that corporate persona from the outset of my recent dialog with him. “On one hand,” he parlays in his animated Russian accent, “journalists love our story, and we’ve received considerable coverage as a result.” On the other hand, he says, “many industry aborigines hate us because they consider us a threat to business as usual.”

In conventional mouse models, it was shown that in addition to anticancer and antimetastatic effects, Elenagen mitigates chronic inflammation. Prior to human testing, it was demonstrated that Elenagen reverses tumor grade, changes the tumor microenvironment, and stimulates an immune attack on the tumor in dogs and cats diagnosed by veterinarians with spontaneous cancers.

Elenagen’s phase I/IIa clinical trials—which were open only to patients who exhausted all available standards of care and had actively progressing disease—showed a high degree of drug safety and an ability to stop tumor progression for different durations of time, especially for ovarian and breast cancers. Importantly, progression-free periods were observed despite the fact that, for legal reasons, the drug was administered alone. In its consecutive Phase II trial, Elenagen will be used only in combination with other therapies, which is expected to provide a synergistic effec

The drug is named after Shneider’s wife of 30 years, but he’s quick to point out that it’s not a memorial designation. She’s alive and well. He quips that the moniker is the least he could do after years of spending all his time and money on the therapy’s development.

Shneider calls the discovery of Elenagen’s effects on cancer patients “purely serendipitous.” The therapy’s most important anti-inflammatory and immune responses, he says, act through a mechanism that he couldn’t predict or anticipate.

“My original idea was sincere, but irrelevant to reality,” Shneider admits. That idea revolved around a little-understood-at-the-time cell mechanism called autophagy. In 2011, when Shneider started the company, some evidence pointed to autophagy as a tumor suppressor. Other evidence suggested it played a key role in tumor cell survival by protecting cancer cells from radiation and chemotherapy, hence the rush by many pharmaceutical companies to synthesize small molecules inhibiting autophagy.

In 2016, a Nobel Prize was awarded to Japanese cell biologist Yoshinori Ohsumi for his research on autophagy. He discovered that a central component of the autophagy machine is a protein called p62/SQSTM1, which was reported to be overproduced in cancer cells and cancer cells only.

Shneider subsequently altered his approach. “We decided to develop a vaccine that would elicit an immune response against cells producing too much p62,” he says. “If we targeted cells overproducing p62 in the human body, we’d be targeting only cancer cells.” That was Shneider’s original idea, and in the beginning, he was happy with this line of thinking because the product worked beautifully in mice, and then in dogs, and eventually in humans.

It turns out, however, that what Shneider considers the most important mechanism of the drug is its systemic anti-inflammatory effect. “Chronic inflammation plays a very important role in cancer genesis, the way cancer resists treatments, and the harm it does to the body.” The anti-inflammatory effect results in changes to the tumor structure. For example, treatment elicits a change in the tumor’s extracellular matrix, which creates a more favorable environment for immune cells entering the tumor, and less favorable for metastatic cells exiting the tumor. Changing the intratumoral microenvironment created a more accommodating situation for chemotherapy to enhance an anticancer immune response. “I had the mechanistic idea at the beginning, but it turned out to be secondary. Not wrong, but secondary, and there was no way I could have predicted that to be so,” he says.

That fortuitous discovery only fueled CureLab’s black sheep biopharma culture. Shneider says his company’s approach harkens back to the heydays of drug discovery, when life-saving antibiotics and vaccines were discovered through attentive analysis of serendipitous observations rather than ignorance of them. He’s well aware that the approach doesn’t play well in modern conventions. “There’s a certain expectation of the paradigm in which drug discovery should be done,” he says. “First, you stipulate a new mechanism of a drug action, then you develop a drug acting through this mechanism. I shared this belief too, until I realized now many billions of dollars society has spent, and how few new good remedies it has received,” he explains. “The academic and investment communities suggest that scientists should be focusing on the process, rather than on the results. We saw how that worked out for the banking and housing industries in 2008,” he deadpans. “Those industries were devastated, but their CEOs still took home multi-million dollar paydays. Those who dared move in a contrary direction faced consequences.” Recognizing parallels in today’s pharmaceutical space, Shneider has accepted the contrarian mantle. “We’re interested far more in the result than we are in the conventional process.”.

Is There Room For Disruption In Drug Discovery?

While Shneider’s charismatic personality might win some over on his rebel ways, he admits he’s faced obstacles that might not have been seen were it not for his unconventional approach.

In addition to his aforementioned philosophies on empirical drug discovery, CureLab didn’t license an invention from a university and backed by NIH and VC funding. The idea—the intellectual property—was born out of the company itself, and Shneider describes his company’s relationship with universities as more akin to a pharma/CRO relationship. All the direction and leadership is coming from CureLab HQ.

Many investment funds, he says, will only fund discoveries or inventions born of a few of the most prestigious universities. “I wonder, when would an alliance of a few schools with the richest funds reach the point of an oligopoly? Not surprisingly, the universities can only generate companies following that dogmatic mechanism-to-drug path to discovery,” Shneider laments. “In my experience, while it may be very hard to break the ice with more conventionally oriented investors, investors from catching-up economies like Asia are not trapped in this approach.”

Shneider also points out that he constantly sees “very prestigious papers about mechanisms in very prestigious journals from very prestigious universities,” and yet he sees relatively few new drugs being developed. He attributes this to too much focus on individual people and processes, and not enough on outcomes. “As an industry, we’re celebrating the individual going to great time and expense to get published in the most prestigious journals, and the vast majority of those papers aren’t about the results of clinical trials, they’re about these intermediate-level mechanical discoveries,” he says. “No matter how spectacular the performance of a drug or a treatment, no prestigious journal will pick up your story if the mechanism isn’t explicitly proposed and clearly stated. In most cases, this misaligned focus has failed for the investors and for the company—and most importantly, for the society—but it's been great for the individual careers of the people accepting this dogma.”

Anxious To Put Elenagen In Practice
What has the 51-year-old Shneider done to warrant his opinions on these matters? He’s pushed the envelope with Elenagen.

With a firm conviction that “science and medicine should be above and beyond politics,” CureLab conducted its clinical trials according to American FDA GCP (Good Clinical Practice) guidelines, albeit in Russia. Despite the success of the phase I/IIa clinical trial, Shneider says some in the U.S. life sciences community are repelled that CureLab took its clinical trials to Russia. “I suppose they forget to reserve their political likes and dislikes in the context of medicine,” Shneider quips. He remains undeterred. He’s fueled by Elenagen’s potential.

The drug’s potential was humanized again in April, 2018. That’s when Shneider took a phone call from a 47-year-old woman with triple negative breast cancer who had failed 21 courses of chemotherapy, been given 3 months to live, and admitted to hospice that very day. Her body was covered in painful metastatic lesions, warranting a debilitating painkiller that hampered her ability to communicate with her husband and son in her waning days.

The phone call came on the heels of Elenagen’s clinical trials, which this patient had read about. She wanted to try the drug.

The next day, Shneider took a call from the woman’s oncologist. The doctor confirmed her prognosis and confided that the common breast cancer regimen Cyclophosphamide Methotrexate Fluorouracil (CMF) was unlikely to provide any help to such a late-stage patient. On the patient’s written request, CureLab provided the doctor with Elenagen.

Fewer than three weeks after adding Elenagen to her CMF treatments, she no longer needed the strong painkillers. She left hospice. Her tumor volume, which had grown by a factor of three in the two months prior to her admittance to hospice, shrunk in volume 4.8 times within ten weeks of the new treatment. By the end of 2018, she had experienced 19 weeks of progression-free disease.

For the entirety of her treatment, every Friday, the woman’s husband documented her progress and sent pictures of her body and her lesions, in addition to CT images, to Shneider.

By late 2018, the woman was ready for surgery, but the surgeon advised her to stop taking Elenagen, which had not been tested for surgery, well in advance of the procedure. In late January 2019, she died. Her husband called Shneider the day of her funeral to thank him for giving their family those extra months, and that unexpected New Year’s Eve. The call gave Shneider the opportunity to ask the man how he mustered the courage to take and send those photos every week. Recording her improvement, the husband replied, brought him happiness.

On the contrary, Shneider says Fridays brought him horrible fear of his email inbox. He could not bear to look at the intensely graphic photos. He’s not an MD, after all—he’s a PhD by mandate and choice. Unlike modern Russia, where Shneider sees no governmental antisemitism at all, the USSR of his youth made it next to impossible for he and his wife, both Jews, to be accepted to medical school. No matter, he preferred to be in the lab anyway. He wouldn’t open the images the patient’s husband sent. Instead, he forwarded them directly to his MD colleagues, who kept Shneider apprised of the patient’s progress.

Today, Shneider is very thankful to the medical gurus from NYU, MD Anderson and N.N. Alexandrov National Cancer Center of Belarus who contributed their expertise and time developing clinical protocols for phase II clinical trials, which are starting in the National Cancer Center of Belarus and are expected to begin this year in other countries. Here in the U.S., clinical trials of Elenagen will be conducted on advanced triple negative breast cancer and ovarian cancer patients. Elenagen will be applied as an adjuvant in combination with chemo- and immuno-therapeutic modalities. 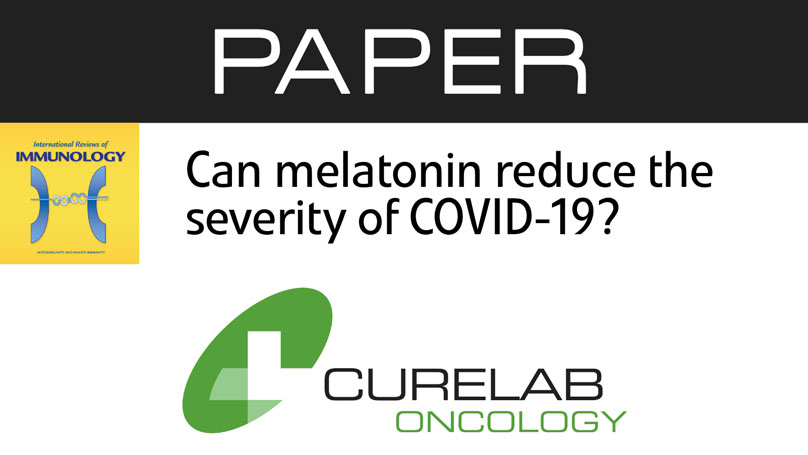